Kerala Christian Mission was founded in 1978 with the purpose of serving humanity using Christian principles found in the Holy Bible.  Jesus Christ summarized the law ‘Love the Lord your God with all your heart, soul, and mind.’ This is the first and greatest commandment. The second most important is similar: ‘Love your neighbor as much as you love yourself.’  (Matthew 22:37-38. L.B)

KCM exists to see this practiced by all using their free will.  We believe that denominationalism among Christ followers is a contradiction to the prayer of Jesus, “My prayer for all of them is that they will be of one heart and mind, just as you and I are, Father—that just as you are in me and I am in you, so they will be in us, and the world will   believe you sent me”. (John 17:21).

We believe that the best way to restore unity is to go back to the principles revealed in the Bible.  Efforts were made in different parts of the world to restore the New Testament Church. “No creed but Christ, no book but the Bible.”  “Do Bible things in Bible ways;  call Bible things by Bible names.”  “Where the Scriptures speak we speak;  where the Scriptures are silent, we are silent.”

“In matters of faith, unity; in matters of opinion liberty; in all things, love.” were some of the slogans adopted by the leaders of such movements. The idea is to discard all man-made creeds and ordinances and go back to the simple Biblical pattern seen in the New Testament. 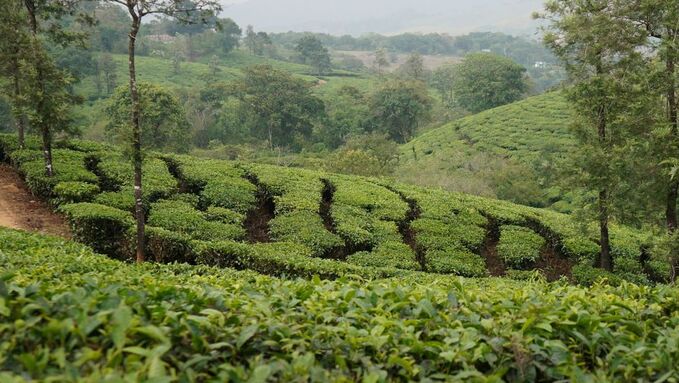 ​THERE IS A NEW TESTAMENT CHURCH TO RESTORE
In    Matthew 16:18 Jesus said, “Upon this rock I will build my church.” This “rock” upon which the Lord promised to construct His church was His own deity, or the FACT that He (Jesus) was the Christ, the son of God. Upon this firm foundation Jesus promised to erect a spiritual Kingdom with Himself as the “chief cornerstone.”   Actually, however, it wasn’t until about a year later, on the Day of Pentecost in the year 30 A.D., that this “construction” was begun and the church brought into being. On this day the Apostle Peter stood up before several thousand of the Jews in Jerusalem and presented to them the fact that they had murdered their Messiah. In response to this accusation, the Scripture records: ​   “Now when they heard this they were cut to the heart, and said to Peter and the Apostles, `Friends, what are we to do?’ `Repent,’ said Peter, 'repent and be baptized, every one of you, in the name of Jesus the Messiah for the forgiveness of your sins; and you will receive the gift of the Holy Spirit’ ” (Acts 2:37-38).  Later in this 2nd chapter of Acts, Luke records that “day by day the Lord added to their number those whom He was saving” (Acts 2:47). This was the church.

As to the doctrines or beliefs of the early church, they included such things as the deity of Christ, the necessity for living the Christian life, and the promise of eternal life for the faithful believer.  Its ordinances were two in number, immersion (baptism) of the penitent believer in water for the remission of sins, and the weekly observance of the Lord’s Supper.  According to the Scriptures, there were several names given to this body of believers both as individuals and collectively, but prominent among these were two. In the latter part of Acts 11:26, it is recorded that “It was in Antioch that the disciples first got the name of Christians” and in Romans 16:16 we read, “All the churches of Christ greet you” (N.A.S.V.). The term  “Christian church” is also often used because it can readily apply as a collective name for the entire body of believers.

This, then, is the New Testament Church-pure and simple. It was organized at the command of Christ and under the direction of His Spirit-directed Apostles. Its teachings, doctrines, and ordinances, free from all pomp and ritual, were plainly revealed within the pages of God’s Word.   (Robert Mallett, “What do you mean Restoration Movement”)
​
We believe that every Christian by default is a missionary.   Jesus told his disciples, “I have been given all authority in heaven and earth.  19  Therefore go and make disciples in all the nations, baptizing them into the name of the Father and of the Son and of the Holy Spirit,  (Matthew 28:18-19)  We do not believe in “Conversion by coercion”.  We believe in the freedom of choice given to each individual by the creator.  We believe in discipleship by modeling after the MASTER.    KCM believes in ministering to the total need of mankind. (Spiritual & Physical). Our model is Jesus preaching to the multitude and then feeding the five thousand.  We do not do social work to convert people but serve the needy with love of Christ where ever it is needed.